A World-Class Center Designed for Music and Community

You just found your new home for music! A special place to learn and to play music; to connect with one another; and to experience exceptional live performances.

Groton Hill Music Center is a gathering place for all to experience the highest quality music education – with private lessons, classes, ensembles, and supplemental learning programs for all ages and abilities; world-class professional performances of all genres — from jazz, global roots, and folk to classical masterworks and chamber music; and impactful outreach programs that share the transformative power of music throughout the community.

Our new Music Center is  designed to integrate these spaces for music into the natural beauty of its rural setting. All of the facility’s public lobbies and performance spaces open onto green spaces that were once a part of the region’s famous apple orchards. The surrounding stage walls of the 300-seat Meadow Hall are made of glass so audiences can feel like they are enjoying a performance in a meadow. The rear of the main Concert Hall will open onto a lawn with a 1,300-seat capacity for those who wish to sit outdoors during the warmer months. And two-thirds of the land on which the facility sits – formerly both an apple orchard and a horse farm – are being preserved as open-space.

The performance spaces and rehearsal rooms have a musical fluidity to them from the curvaceous structure and timber wall surfaces that enhance the acoustics and echo the gentle slopes of the property. Additionally, the facility is made up mostly of wood – a renewable resource that absorbs carbon dioxide emissions. For example, the 300-seat Meadow Hall is constructed from 136,000 board feet of lumber which, when considering the pace at which American forests grow, took less than a minute to grow. The Music Center has been built according to the same sustainability principles that govern LEED-certified projects. 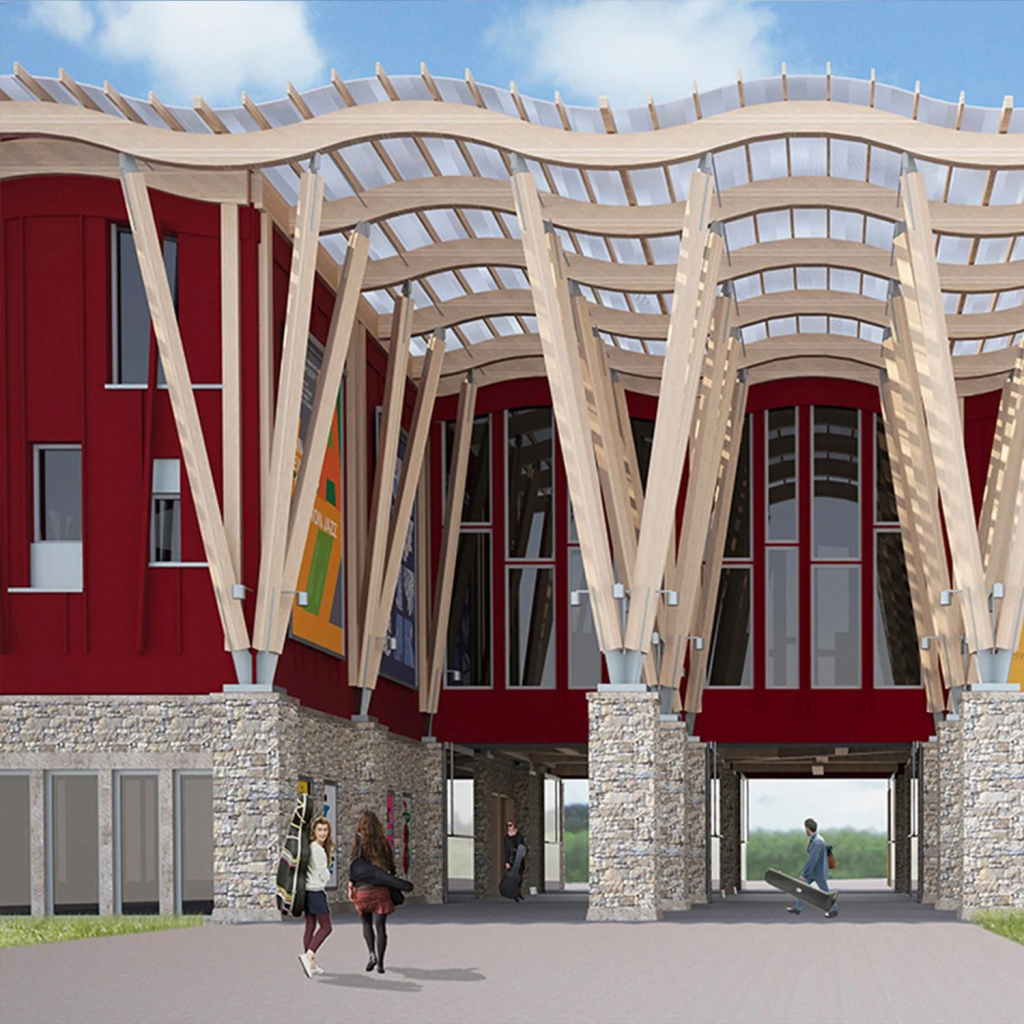 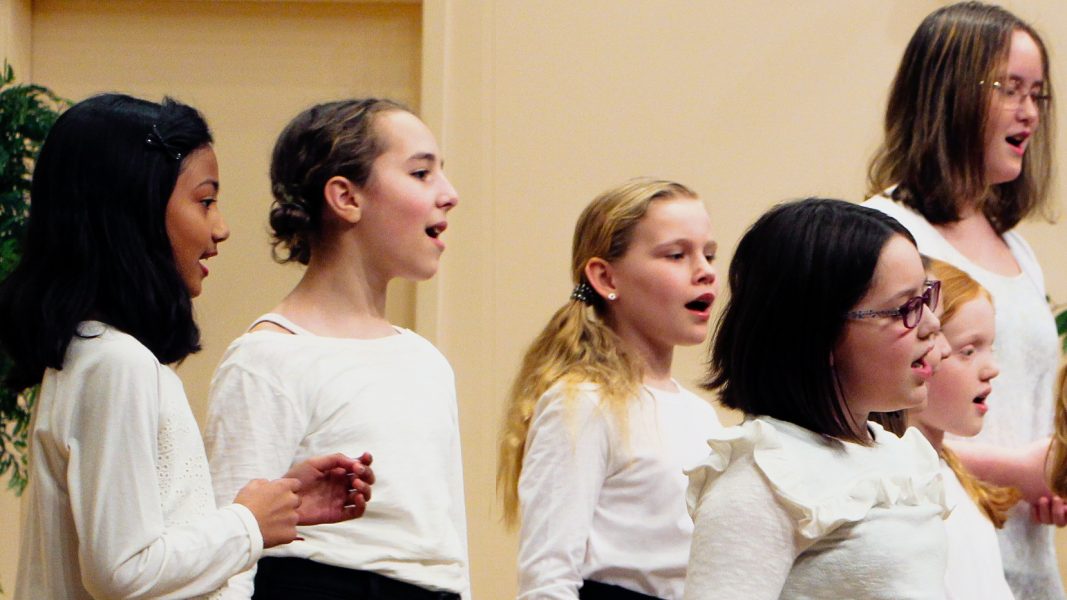 Our Beginnings: 1985 – 2022: Groton Hill Music Center (formerly known as Indian Hill Music) was founded in the Town of Groton, MA, with one mission: to share the transformative power of music, through teaching and performing, and giving music generously when there is need. Our story began in May 1985 when the music, theater, and arts-in-education faculty of the Groton Center for the Arts and the then-Indian Hill Chamber Orchestra set out to form their own nonprofit music and arts organization. “We literally started with a telephone, some pads of paper, a pencil, and a list of names,” recalls founder Susan Randazzo, Senior Advisor, Groton Hill Music. A board of directors formed, an introductory letter was sent to 1,050 people, and a phone-a-thon was held which brought in $11,000. “Contributions from friends and neighbors, along with some 30 generous supporters who guaranteed a loan, enabled us to launch our enterprise.”

“We never dreamed it would grow so large in size and stature,” explains Camilla Blackman of Groton, one of the founders. The office was in one room in the parish house of the Unitarian Church in Groton and classes were held in the church halls and the instructor’s homes. “That fall, the office and lessons were moved to our first real home – two rooms of our own – rented for $5,000 at the Shattuck Street School in Littleton. There were about 25 faculty and music lessons for our 234 students took place in any found space: broom closets, the halls, and back stage in the echoing gym, complete with basketball hoops, where we also held concerts and recitals,” Camilla remembers.

The mid-1990s found Indian Hill once again looking for a ‘new home.’ “The music school student population was burgeoning,” says Camilla, “and when I saw the ‘For Sale’ sign go up in the window at Fieldstone Farm at 36 King Street in Littleton (the barn that once belonged to the Kimball family farm), I knew that this would be the perfect spot.” A two-phase $3.5 million Capital Campaign chaired by Camilla was launched in January 1995 to purchase and renovate the building and eventually construct the recital hall that was named after her. “We moved into 36 King Street in May 1996,” says Susan. The organization’s next big milestone was realized  on October 12, 2001 when over 150 invited guests came to celebrate the organization’s latest achievement at the ‘Make Space for Music’ Donor Reception and Performance Hall Dedication. 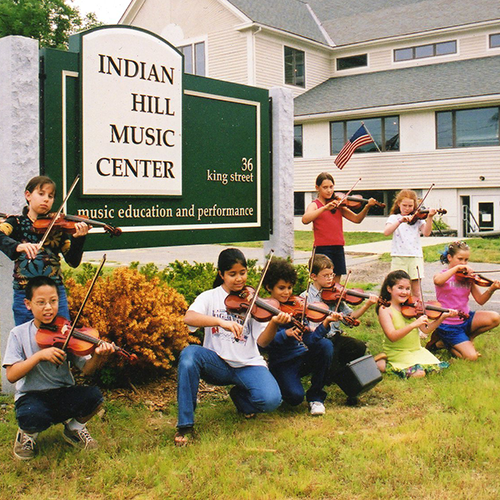 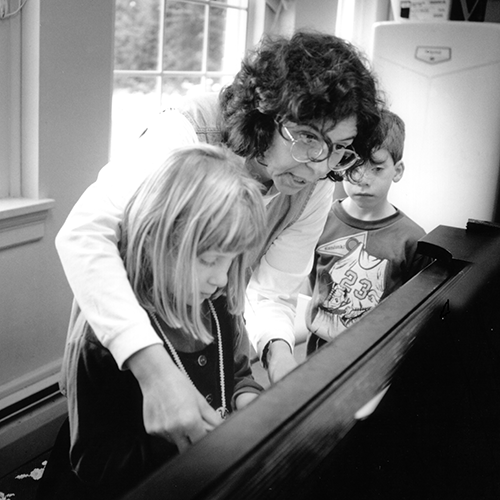 Everything changed in 2014 when we were presented with the incredible opportunity to build a new world-class music education and performance center on a stunning 110-acre agricultural landscape in Groton, MA. When it opens in September 2022, Groton Hill Music Center will truly transform the region by becoming an anchor cultural institution in a part of the Commonwealth that cares deeply about arts, culture, and community. Just as Indian Hill Music was itself a one-of-a-kind institution – a community non-profit integrating music education, performance opportunities, and music philanthropy – Groton Hill Music Center is a unique place that will invigorate the cultural landscape, encourage connections among all members of the community, and create new economic opportunities in Central Massachusetts and beyond.

Learn more about our programs 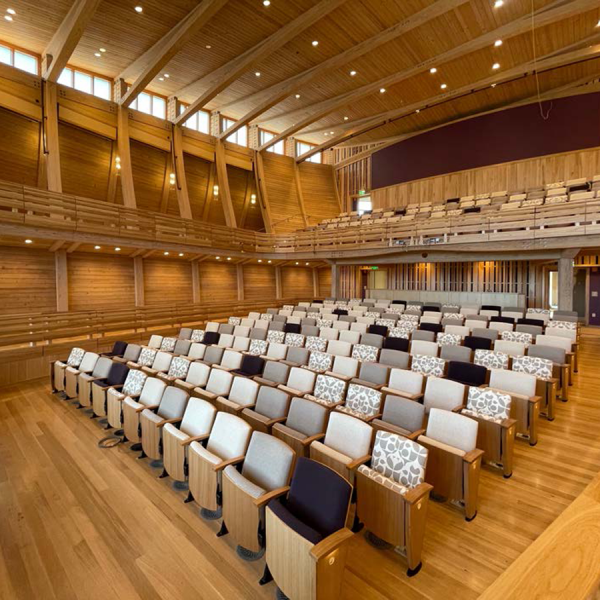