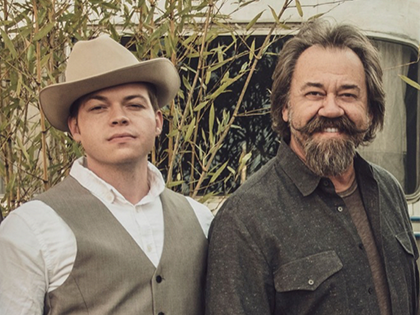 “Tyminski is at his best when bearing his soul in his own songwriting… He writes from his own subconscious, yet without judgment of the world around him.” — Matt Bailey, The Music Universe

Throughout his 30+ year career, Dan Tyminski has left his mark in every corner of modern music. Tyminski’s voice famously accompanies George Clooney’s performance of the Stanley Brother’s classic song, “I’m A Man of Constant Sorrow,” in the film, Oh Brother, Where Art Thou and his vocal collaboration with Swedish DJ Avicii on the song “Hey, Brother” was a global smash, having been streamed over 1 billion times to date.

Dan has also contributed guitar and/or harmony to projects by Martina McBride, Reba McEntire, Brad Paisley, Dolly Parton, Willie Nelson, Kenny Chesney, LeAnn Rimes, Aaron Lewis, and Rob Thomas, to name a few. In addition to his highly successful solo career, Dan has played guitar and mandolin for Alison Krauss and Union Station since 1994. His unmatched instrumental skills and burnished, soulful tenor voice have been key components of the band.

Multi-talented banjo and dobro player Gaven Largent has won numerous contests,  including Best All Around Performer at the Galax, VA Fiddler’s Convention (2010); 1st place in the Maryland State Banjo Competition (2008); and 1st place in the Galax Dobro Competition (2008, 2010). In 2009 he was honored to be an invited guest performer with Rhonda Vincent and the Rage at the Ryman Auditorium and the Grand Ole Opry. Since 2012 Gaven has performed in several bands, including Bud’s Collective and Lonesome Highway as well as with Michael Cleveland and Flamekeeper.