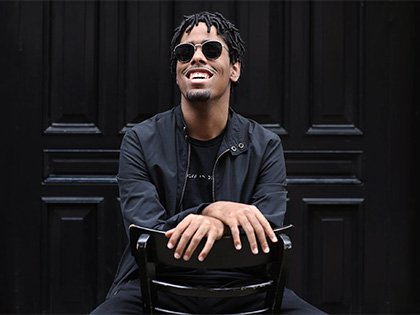 Jazz, Soul in The Concert Hall

This R&B/jazz artist brings his strong yet soulful piano style to our stage, blending unique stylings with a robust band and a Hammond B3 organ! Blind since birth and hailed as a prodigy, he opened for Stevie Wonder’s induction into the Apollo Theater’s Hall of Fame in 2011, performs at world-renowned venues, and has appeared on multiple national television programs.

Born in 2001 in Hackensack, NJ, Matthew Whitaker grew up surrounded by music. His love for playing music first began at the young age of 3 after his grandfather gave him a small Yamaha keyboard. At 9, Matthew began teaching himself how to play the Hammond B3 organ. Four years later, he became the youngest artist to be endorsed by Hammond in its 80+ year history. He was also named a Yamaha Artist at 15, becoming the youngest musician to join the stellar group of jazz pianists. Matthew has toured both here in the US and abroad, performing before The Youth Assembly at the United Nations headquarters in NYC, and on other world-renowned stages, including Lincoln Center for the Performing Arts, the Apollo Theater, Carnegie Hall, and Jazz at Lincoln Center in NYC; SFJAZZ Center in San Francisco; the John F. Kennedy Center for the Performing Arts in Washington, DC; The Raymond F. Kravis Center for the Performing Arts, Monterey Jazz Festival, Newport Jazz Festival, Playboy Jazz Festival, Telluride Jazz Festival and at international venues in France, Italy, Germany, Indonesia, UK, Australia, Switzerland, Portugal, Japan, Spain, Morocco, and South Korea.​