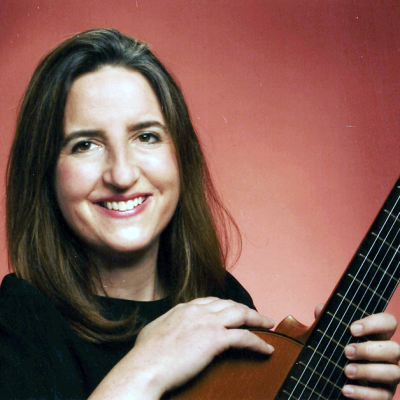 Berit brings an unusual depth and set of skills to her teaching of the classical guitar at Indian Hill for the past 20 years. Having the great opportunity to study with some of America’s and Italy’s finest guitarists she custom-tailors her studio to offer age-appropriate materials and injury prevention techniques to this complex instrument. Advanced students, professionals, and other guitar teachers have consulted or studied privately with her, and some of her students have won competitions and have attended top notch conservatories. Berit’s most recent accomplishment was to become certified in the Suzuki Guitar Method for young children, studying up to Book 2 with the prominent Suzuki Teacher Trainer David Madsen. The response from children ages 5 and up and parents has been enthusiastic and committed.

Berit Strong has performed solo guitar and chamber music throughout New England and Europe for some 30 years. One of her biggest accomplishments was performing the lead guitar part in the 2016 Boston University Opera production of “Angels in America” by modern Hungarian composer Peter Eotvoes. She also offered a solo concert featuring the legacy and repertoire of the great Andres Segovia on Indian Hill’s “Bach’s Lunch” Concert Series, and in 1999, she was the featured guest soloist with Orchestra of Indian Hill. Berit performs frequently with recorder virtuoso Aldo Abreu (Duo Aldo y Berit), incorporating Renaissance lute, bass gamba, and a plethora of recorders, both Renaissance and Baroque. The duo has appeared at BU’s Tsai Performance Center, Indian Hill Music, and The Democracy Center, as well as at local assisted living facilities.

Berit has performed in numerous masterclasses with Oscar Ghiglia, and strives to continue his legacy as a teacher of dynamic interpretations and a holistic injury prevention approach towards the guitar. From 1986–1988 she studied in Milan, Italy, with musicologist and conservatory professor Ruggero Chiesa, who helped her gain a deeper understanding of technique and musical styles. She has also been a guest lecturer at Boston Conservatory, Hartt School of Music, and Tufts University.