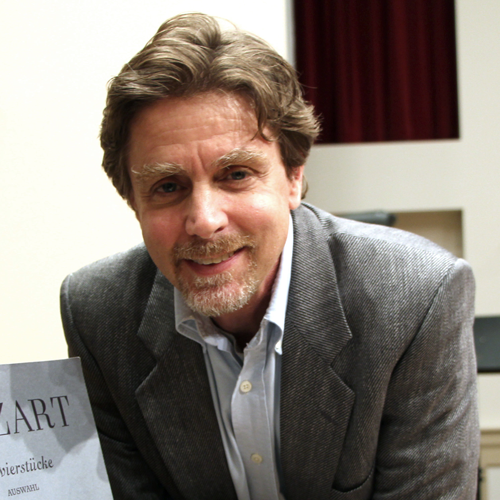 I emphasize the importance of ‘practice discipline,’ coaching my students toward mindful, patient, and thoughtful practice technique. Students learn to read and interpret notation so that they can apply standard/universal score reading along with piano playing technique to every piece they learn. The music notation system is standard (developed over many centuries) and students will learn these reading and technical skills to apply on their own with the assistance of a nurturing and challenging coach. This approach translates into real learning rather than rote learning and dependence on the teacher. I challenge each student to their appropriate level as they grow and develop over their years of study. Competence and confidence is commensurate with steady application and disciplined practice. These attributes can carry over into every aspect of our lives.

Eric Kamen is an active performer and composer. He has appeared at the Kodaly Music Institute Summer Program, Jordan Hall, the Gardner Museum, Sterling and Francine Clark Art Institute, Sanders Theater, and WGBH-TV, and has toured in Mexico City at the University of Mexico. Formerly on the faculty of the Longy School of Music, he has served as pianist and assistant conductor for PALS/Voices Boston Children’s Chorus with performances at Tanglewood and the Boston Symphony Orchestra. As ‘Composer-in-Residence’ with City Stage Co., Boston, Eric’s original commissioned compositions were performed at the Massachusetts State House, the Brattle Theater, and on WCRB radio. Other original compositions have been commissioned and performed with Boston Composer’s New Music Series, New England Vocal Arts Ensemble, and Orchestra of Indian Hill.