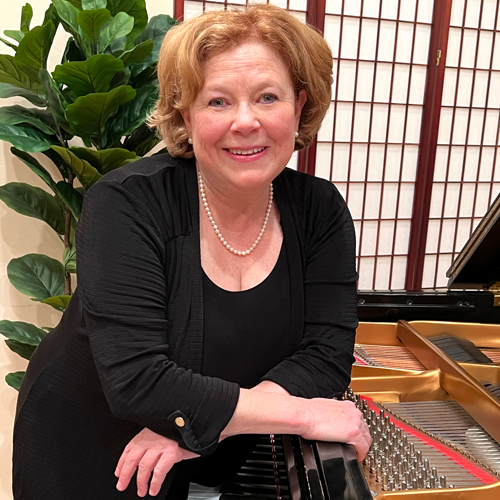 An avid pedagogue and music educator, Janet Ainsworth has served on the executive boards of the Massachusetts Music Teachers Association (including as President) and the New England Piano Teachers Association, and is currently chair for the NEPTA Student Masterclass and Senior recitals. She has adjudicated for competitions and festivals throughout New England. Janet’s piano students have consistently won and placed in regional and state piano competitions such as the Steinway Society of Massachusetts, MMTA, NEPTA, Worcester Young Artists Scholarship, and many others. In addition to achieving distinction in the Associated Board of the Royal Schools of Music practicum and theory examinations, her students have been selected to perform in masterclasses with international pedagogues, including Seymour Bernstein, Maurice Hinson, Maria Gamberian, Diane Andersen, Sally Pinkas, Max Levinson, and Simone Dinnerstein.

As a performer, Janet has appeared as a pianist, organist, harpsichordist, instrumental/vocal/choral accompanist and chamber musician throughout Europe and the U.S. She has collaborated with members of the Boston Symphony Orchestra, Cleveland Orchestra and Pops, The Emerson String Quartet, and The South Coast Chamber Society. Premiere performances include compositions by Boston composers John McDonald and Dianne Goolkasian Rahbee. As a church musician, she has held organ and choir director posts in several denominations throughout Massachusetts. Janet previously held piano faculty positions at the Rivers Music School Conservatory in Weston and at St. Mark’s School in Southborough.