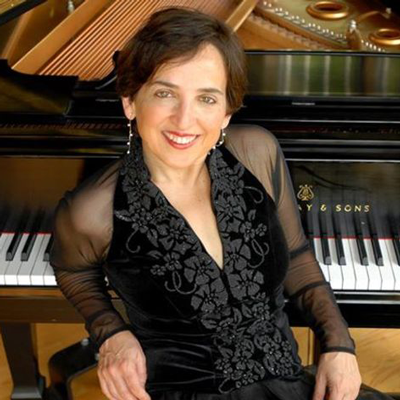 As an educator, Monica takes each student’s needs, personality, and interests into consideration when teaching. She is passionate about music and strongly believes that it is one of the most nourishing activities that a human being can experience. I feel lucky to be able to teach a subject that will forever benefit my students, no matter their individual level and capacity, she says.

Dr. Monica Tessitore is a Brazilian-American pianist/educator, soloist, and chamber musician. She has appeared with numerous orchestras and ensembles, including the Brasilia Symphony Orchestra, the Hartt Symphony Orchestra, Orchestra de L’Empodá in Spain, and Orchestra of Indian Hill. As a chamber musician, Monica has participated in the Taos Chamber Music Festival and the International Music Festival of Brasilia, winning numerous accolades for her performances. She was co-artistic director and pianist for the former Indian Hill Chamber Players from 2004–2011, performing many important works from the piano chamber music repertoire. Monica has also appeared in concert with distinguished ensembles and soloists, such as the Emerson String Quartet, Walden Chamber Players, and Peter Stumpf (principal cellist of the Los Angeles Philharmonic). International appearances include performances in Italy, Spain, Portugal, Brazil, South Korea, and China, where she gave masterclasses at Beijing’s Central Conservatory Middle School and performed with cellist Ning Tien. She has also performed at the Musica no Museu in Rio de Janeiro and in the recital series at Indian Hill Music and Assumption College. In 2015, Monica was Artistic Director of the “International Piano Week” summer festival at Cushing Academy, which brought together students, faculty, and guest artists from several countries. Her most recent CD — an all-Schubert program — was recorded on the Bostonia label with guest artists Sergey Antonov, cello, and Ellina Blinder, piano. In addition to Indian Hill, Monica is on the faculty at Cushing Academy and Assumption College.