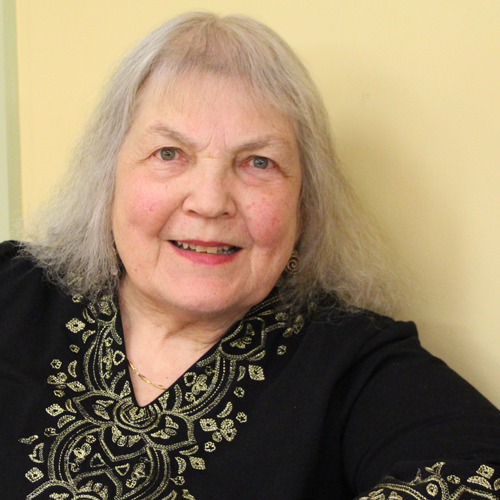 Nancy offers an eclectic style of teaching, using many different resources from piano and harp literature. Just as we all vary as individuals, we all learn music in different ways. No one method fits all, even though the ideal end result is a fine performer and musician. Nancy feels she must decipher the code, so to speak, of each student who comes to her in order to find the most effective methods and materials to teach that particular student productively. During her lessons, Nancy maintains a friendly, relaxed atmosphere. She claims she never learned a thing from a teacher who yelled and/or stormed at her. Her intention and approach to teaching is to support and encourage each student to reach for the next step and to explore their full musical capabilities at all times.

Nancy Peters has taught at Indian Hill Music School since it first began in 1985. She also taught both harp and piano at the Groton School for 37 years. Nancy has appeared at Tufts University, JFK Library, Bennington College, Boston College, and Thayer Conservatory. She also performs regularly throughout New England with Wind Chimes, a flute and harp duo (with Indian Hill colleague Sue Gleason). The duo has released five CDs since 1997, and their latest recording, “Visions,” features Nancy’s own composition, “Coastal Suite.” As a composer, she has devoted her efforts to both solo and chamber works for harp, including an educational series of progressive difficulty. (Her compositions are available at The Harp Connection, in Salem, MA.)