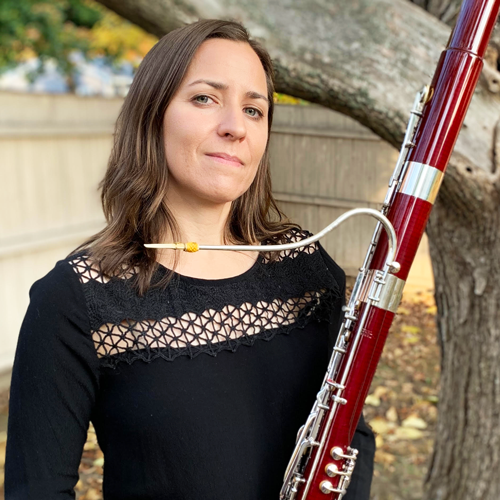 B.M and M.M. from Boston University, where she studied with Matthew Ruggiero

Stephanie Busby is a member of the Boston Ballet Orchestra and has performed professionally throughout New England, as well as in Mexico and Italy. She has appeared with numerous ensembles, including the Portland (ME) Symphony Orchestra, Boston Modern Orchestra Project, Rhode Island Philharmonic, the Springfield Symphony, and the Boston Philharmonic Orchestra. She also studied and performed for several summers at the Sebino Summer Class and Festival on the Lago d’Iseo in northern Italy. In addition to teaching at Indian Hill Music School, Stephanie is on the applied music faculties at the University of Massachusetts-Lowell, College of the Holy Cross, Worcester Polytechnic Institute, and Salem State University.