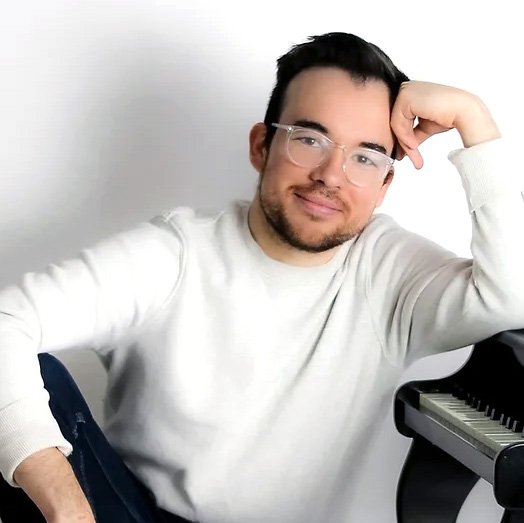 Apart from honing new skills in time management, language and reading comprehension, and coordination, learning any instrument can be a thrilling and joyous endeavor especially when paired with a safe and nurturing environment! My students are free to discover music they enjoy while also following a curriculum that leads progressively toward a stronger understanding of all music. I aim to act as a guide helping uncover music fundamentals in all styles and genres of music while helping discover music that is both challenging and appropriate for each student. There is a vast amount of music that hasn’t been heard and I look forward to learning about it with you!

Tim Flores is a German-American pianist, collaborator, educator, and music director based in the greater Boston area. Tim’s passion towards contemporary music has led him to premiere countless works by young composers as well as uncover music by lesser known composers from around the world, and even take on challenging works as soloist with orchestra. He was recently seen performing the in-person premiere of Hsiu-Ping (Patrick) Wu’s Work “Ignite” for piano soloist and orchestra. Tim has worked with pianists such as Bruce Brubaker, Lisa Moore, Donald Berman, Richard Goode, Till Fellner, and more, in lessons and masterclasses as well as performing works under the guidance of composers such as Sebastian Currier, Angelica Negron, and Eve Beglarian. As a music director, he has worked as both conductor, pianist, and vocal coach on numerous musical and opera productions. His musical decisions and leadership have been called “dynamic,” “high-octane,” and “expert” by Broadway World. As a collaborative pianist Tim’s work can be heard on Aaron Campbell’s debut Album “For Those That Wander” and throughout the Boston area as a chamber musician and accompanist with various ensembles and soloists. In addition to Groton Hill Music School, Tim is currently a Staff Collaborative Pianist at the Longy School of Music supporting both the Vocal and Instrumental departments.