Groton resident Willa Breese and her popular store, Kitchen Outfitters of Acton, are long-time supporters of Groton Hill. Now in its 16th year, the store opened in 2006 as a local purveyor of first-rate specialty kitchenware of the highest quality and design, and has grown to be the local community’s finest source for cooking tools, classes, and culinary inspiration. We met Willa at Kitchen Outfitters to chat about her business, why she partners with Groton Hill, and what comes next.

What was your inspiration to open Kitchen Outfitters?

I fell into cooking early – I was maybe about 15. I started working at a lodge with a woman who made everything from scratch, right down to the noodles in her lasagna. Later in high school I worked in a French restaurant in Hanover, NH, and became really interested in French cuisine. The chef, who had gone to culinary school in France, became my mentor, and I ended up following in her footsteps and went to Paris to study at La Varenne.

After working in restaurants for a while, I decided the restaurant business was not for me, but I really fell in love with cookware. And that’s what we’re all about here – bakeware and cookware, and helping our customers with their questions. Why you need a cast iron pan at times, or why you need copper at other times, or how an induction cooktop works. I also find cookware to be really beautiful – the shapes and the functionality. It’s joyful for me, and it has been for a long time!

I’m also fortunate to have wonderful co-workers who I have had with me for a long time, and to get to know people in the community – to know what they’re cooking for Thanksgiving, and who’s coming to dinner. We just have all these great conversations. It’s a great experience.

Unfortunately, many brick and mortar stores didn’t survive the pandemic. Do you think community is part of the secret to your success?

When the pandemic first hit, it was frightening to walk into a store full of merchandise and not be able to open your doors to the public. It was dark in here for a few months. But then it became clear that people were at home, cooking. They couldn’t go out to restaurants, and they were dying to try new recipes or try their hand at making bread or pasta from scratch… all different things they never had time to do before.

So our success during COVID ended up being due to home cooking trends, combined with our customers, who were so incredibly loyal. They could have all just shopped online and had it delivered directly to their door. However, we had so many customers who ordered gift cards just to help keep us going, or would come to the shop and literally pick out pepper mills and other items through the front window before we had our website up and running. It was incredible. Our community really showed us they cared and wanted us to make it, and that they needed us. And we clearly need them, too. 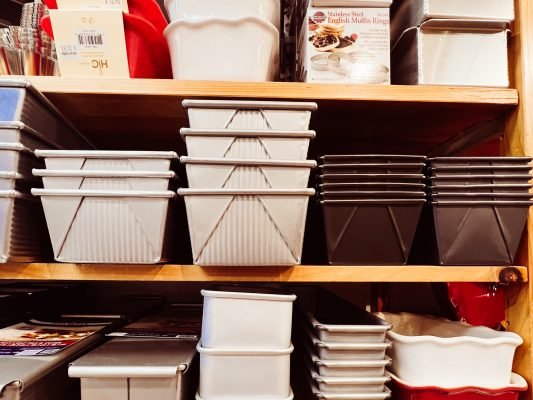 Did you sell a lot of sourdough starter and bread pans?

Oh my God… bread pans! We actually started carrying yeast because bread baking was the thing. I have never sold so many pullman loaves and bread pans. It was amazing, and exciting – I love that people were trying it and having great success.

We’re coming up to our really big season. Thanksgiving of course is a big cooking season for us. And then of course Christmas with gifts and gatherings. We’re putting a lot of Christmas stuff out now and have extended hours.

We’re also hoping to get back into cooking classes that we had to scrap during the pandemic. We’d like to pick those up again. It just hasn’t felt quite right yet, but we want to do that. We’ve had a lot of requests for our knife skills class specifically, and kids cooking classes, and demonstrations – like how to use a mortar and pestle or make pasta. 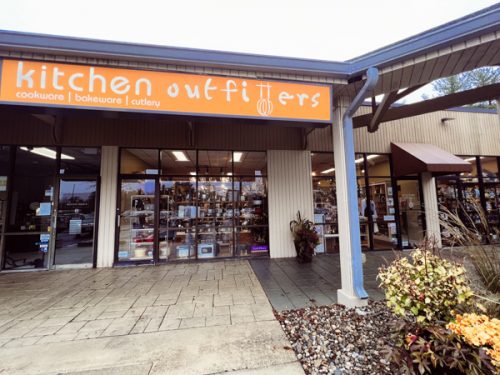 How long have you been involved with Groton Hill Music and why do you continue to support us?

I think my first involvement was doing advertising in the concert programs. I would see so many of my customers at the performances, and people I work with at the store were involved at Groton Hill. It just made sense, the more I learned about the organization and the mission.

Groton Hill has an amazing mission. I wanted to do everything I could to support it and help it be successful. I love the mission statement about “sharing the transformative power of music.” (I don’t remember many taglines but that one is just really solid and specific to Groton Hill!) And I appreciate the outreach to students and community.

As a business owner it’s a smart thing to do. It’s shared marketing! I can’t think of a better match to who our customers are.

I also find that music is a natural pairing with cooking! It’s one of those things that brings peace, it’s healthful, and it’s good for the community. I see so many similarities between cooking and music – they both nourish people. I always say that people who are cooks are very tactile people. It’s the same with musicians. They both have that sensory experience that translates into a much bigger experience than that initial hands-on chopping or playing scales. It’s all about the sense of everything coming together, and the sense of history of whatever recipe or piece you’re preparing. There’s a lot of tradition with both.

How did you feel when you first walked into the new building after all those years of seeing it growing on the hillside?

We live in Groton, right up the street from Groton Hill, so we’ve been looking up the street, watching as everything has been happening. We were fortunate that we had a tour during the early days of construction. I was really impressed by how much thought went into the classrooms and sound.

It looks beautiful. It is such a perfect fit for the community of Groton – I think it is going to elevate Groton a lot. Providing arts and outreach in the community is huge and a great benefit for everyone to enjoy. It’s just a perfect symbiotic relationship with the community.

Thanks to Willa for taking the time to speak with us, and for her ongoing support of Groton Hill!

Kitchen Outfitters is located in the plaza at 342 Great Road in Acton. Visit their website at www.kitchen-outfitters.com.